Ayurvedic medicine in lieu of antibiotics?

“In the 4-hour-long operation, surgeons only used anaesthesia but no antibiotics before, during or post-operation recovery and only depended on ayurvedic medicines.

The patient, Ojaswi Sharma, who is allergic to allopathic drugs, responded well to the alternate medicine. The medical care team of doctors, coordinating with leading scholars and clinicians of ayurveda in the country, has taken the medical fraternity by surprise, struggling as it is with non-effectiveness of increasingly drug-resistant antibiotics.

Manoj Kumar, director of orthopaedics department at Delhi’s Maulana Azad Medical College, said, “The development is indeed a rare feat achieved by the doctors. Surgery is highly dependent on allopathy as of now. Conducting surgery with ayuvedic support is the beginning of a new era. However, this is just one case. Much research is needed to make it a standard operating procedure. It is high time a well-equipped research body was established in the country to conduct research and trials, particularly at a time when the human body is increasingly becoming antibiotic resistant.

A team of doctors comprising Yadav, Rahul Bansal, head of social and preventive medicine at Subharti Medical College, and Sanjay Jain, orthopaedic surgeon at Anand Hospital, was set up to ensure Sharma’s medical care. The team members decided to consult the country’s lead experts in ayurveda before conducting the surgery. “It was a difficult situation. We contacted 4-5 top ayurvedic experts in the country who gave us hope,” said Jain.
One of the experts consulted on this case was Hemant Kushwaha, retired professor and head, National Institute of Ayurveda, Jaipur.

“Special medicines comprising extracts of giloy [guduchi Tinospora cordifolia], shigru [Moringa oliefera], amla [amalaki Emblica officinalis], turmeric [Curcuma longa] and guggul [specially prepared Commiphora mukul] were used in calculated proportions to be administered to Sharma. Shigru is for mild infections and is also a natural painkiller. Amla increases immunity while giloy is helpful in detoxifying liver. The medicines were started 10 days before the operation,” Kushwaha told TOI over phone.
GG Gangadharan, director, Indian Centre for Ayurveda and Integrated Medicine, Bengaluru, said, “I had been approached by the Meerut-based doctors on the matter. We told them that it was possible to keep the antibiotics away. There are medicines available in ayurveda that can substitute modern medicine used in surgical procedure. But it is good that the whole mission was successful. To my knowledge, this is the first time a surgery has been conducted without the use of antibiotics. There is scope for more research in this area.”

Read more from the article In a first, prostate surgery with only Ayurveda support at The Times of India 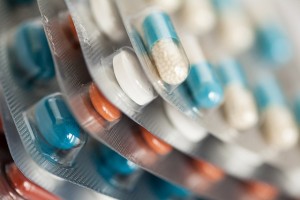