Its flu season! Did you know Echinacea and Black Elderberry work as effectively as Tamiflu (Oseltamivir) to shorten the duration and severity of flu symptoms, without the unpleasant side-effects of gastrointestinal upset (increased nausea and vomiting). Who needs THAT when they’re already laid out with the flu?

There has been a lot of controversy over the effectiveness of Echinacea in the prevention and treatment of colds and flu. Ayurveda helps to cut through the confusion by recognizing the virya or energy of an herb as cooling or heating. Echinacea purpurea and echinacea angustifolia according to 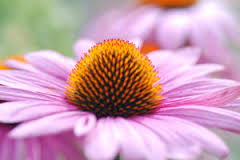 Ayurveda, are balancing to pitta and kapha but will provoke vata – largely due to its cooling nature and bitter flavor. Echinacea has been shown in clinical trials to be ineffective against preventing and treating symptoms of the common cold.(1) What are the symptoms associated with the common cold? Runny nose, sneezing, and congestion, rarely accompanied by fever. In other words, colds are a viral infection that do not involve fever – or the quality of excess pitta, or heat, in the body. From an Ayurvedic perspective, it makes sense why Echinacea has not stood up to the scientific rigors to prove its effectiveness in the presence of the cold virus. Its cooling virya makes it ineffective against the primary doshas at play in the symptoms of the common cold. The doshas responsible for the symptoms of the common cold, vata (cold and dry) and kapha (cold and wet) may not resolve, or may in fact worsen, in the presence of cold virya. This may be why traditional use of echincea calls for taking it as a hot infusion – to counter its cold virya and thereby improve its effectiveness.

The flu virus, however, differs significantly from the common cold.

Influenza is largely distinguished from the “common cold” by the presence of high fever, a body temperature greater than 101 degrees Fahrenheit. In the presence of the influenza virus, echinacea has been shown to be very effective at diminishing the symptoms and reducing the duration of the flu. In combination with Elderberry, it has been shown to be as effective as Tamiflu, the direct acting anti-viral that hit the pharmaceutical marketplace about 10 years ago. (2) 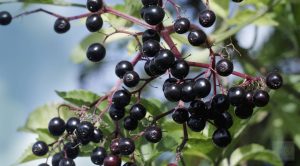 Simple? Yes. Elegant in its simplicity, Ayurveda helps sharpen the focus on the lens of scientific inquiry via the understanding of the doshas, the tastes, and the subtle energetics of medicinal substances or dravya.

What does the research say?

In a study conducted in 2015, researchers recruited 473 patients who had exhibited flu symptoms for less than 48 hours from 29 primary care practices in the Czech Republic. The patients were randomly assigned to take Echinaforce® Hotdrink syrup – a beverage containing an alcoholic extract prepared from freshly harvested echinacea (Echinacea purpurea) herb and root (95% herb; 5% root) supplemented with European elderberry (Sambucus nigra), for 10 days, or oseltamivir (Tamiflu) for five days followed by placebo for five days.

Avoid the unpleasant side effect of Tamiflu. While the side effects of nausea and vomiting are reported to rarely occur, Tamiflu seems to be steeped in its own controversy about effectiveness and post-market reporting of side-effects and rare adverse effects.(4)

We, at Roots of Wellness, will take Elderberry and Echinacea together over Tamiflu any day of the week. All of the benefits, none of the nasty gastrointestinal side effect.