In 2002, not long after her first child’s birth, Heather’s father was diagnosed with malignant melanoma. She watched as her dad fought cancer with cutting edge technology, surgery, and interleukin immunotherapy. Her father’s battle, and battle it was, lasted three years.

Last month JAMA Dermatology reported that both the incidence and mortality from invasive melanoma in the US has been on the rise in the past few decades, despite efforts to raise awareness and increase primary prevention and early detection.

While her father was fighting cancer, Heather was raising her daughter, and taking preventative steps towards newfound wellness for her growing family.

“The first thing I did was look at the food we were eating. I studied labels. I began shopping at natural food co-ops instead of big box grocery stores. And I learned A LOT about preventative medicine,” Heather recalls.

In 2003 Heather began prerequisite studies into Naturopathy at Bastyr University near Seattle, WA. When her husband was relocated to Denver, CO in 2004, her plans to study naturopathy were halted – temporarily. She began her yoga practice and studies in earnest that same year, and returned home for several months in 2005 to care for her family during her father’s transition.

“I prepared all of our family meals, and supported my stepmother so that she could care for my dad. My stepmother was an Intensive-Care and Critical-Care RN, and with her expert care and the support of hospice, my dad transitioned peacefully at home. During those three months, I fed the family. I did the grocery shopping and the cleaning. And I did a lot of praying, meditating, singing, and simply being present for my family as my dad passed. I sang to my father during his transition. If death can be beautiful, his death was beautiful.” 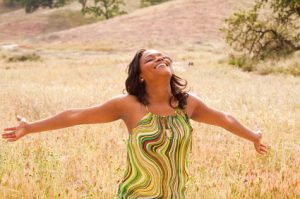 Not long after, Heather discovered Ayurveda. She credits her father’s illness, and the care of her growing family, to her ability to find her soul purpose – the study and practice of Ayurveda. Today, she combines the nourishment of the body with warm, easily digestible, savory and well-spiced foods with the best self-care practices available to the benefit of her clients at Roots of Wellness Ayurveda.

Ayurveda is the compendium and the study of life. In this sloka or verse in the Charaka Samhita (one of the three great compilations of Ayurvedic knowledge) it is stated that Ayurveda allows us to know what is useful or detrimental to health; the states of happiness and unhappiness that lead to health or disease; the classifications of what is good and bad for our health; the measurement of the lifespan (and life stages) – and life itself is described.

Melanoma is on the increase, and not surprisingly. The atmosphere is thinning with increased global warming, we’ve learned that many ingredients in best selling sunscreens may actually be cytotoxic, and we have yet to address problems with industrialized agriculture and the processed foods industries that so many of us rely on for our daily meals.

With her own increased lifetime risk of developing melanoma due to her family history, Heather practices a number of self-care techniques including daily meditation, yoga, mantra and prayer, skin oiling, and increased intake of preventative herbs and spices such as turmeric and cardamom.

Ayurveda reminds us that prevention is the best medicine. And, while saddened about the increased rates of melanoma detection – Heather wants you to know that your best health is in your hands – and that you can be confident in your prevention efforts with optimal diet, self-care, and appropriate detoxification programs.

Prevention is the best medicine. Pranam to your health!